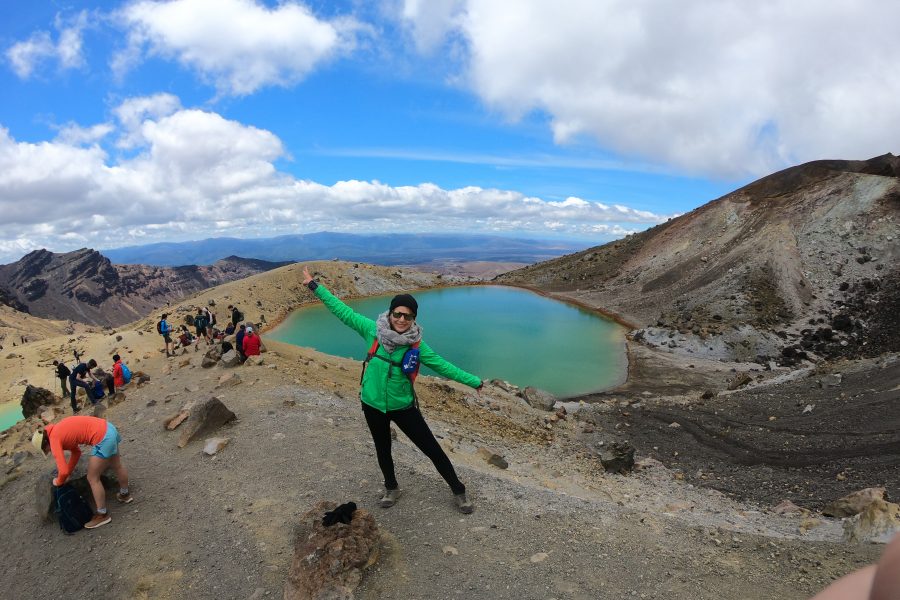 From Porsche Informatik to Down Under – and return A travel report

Elisabeth Graf has been back at Porsche Informatik since April 2018. The admin newbie in our Account & Portfolio Management department completed an internship with us last year, before going backpacking around Australia and New Zealand for four months. She’s now happy to be part of her old team again. Here she talks about starting out at the company and about her big trip to the other side of the world. 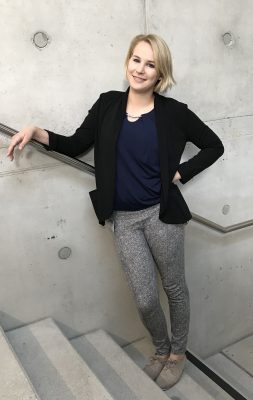 Discovering new things, travelling to far-away countries and exploring the world – it’s everybody’s dream, right? After finishing my studies, I felt it was about time to fulfil my childhood dream of going backpacking around Australia. But I wouldn’t have made it very far with an empty bag, so I first had to get some money together for the trip. It was a stroke of luck that I ended up at Porsche Informatik when looking for a job – I’d actually applied for a different position at Porsche Holding. But as it turned out, this coincidence was the best thing that could have happened to me.

The company and the people here already made a great impression on me during the interview, which incidentally was held in a very pleasant atmosphere. My gut feeling told me: “This is where I want to start my career!” And I was fairly confident that it would work out fine. When I was eventually offered the internship , I was over the moon – it was a small dream come true.

I felt at home here from the very first day. It was even better than I expected. I’ve never known such an open, friendly and employee-focused company. It doesn’t matter which department someone is from, or whether you even know each other – you can always expect a friendly and genuine “Good morning”, “Hello” or “Hey”. These special little interactions with colleagues make for a very pleasant and respectful working environment, and they make you look forward to coming into work in the morning.

I got to know my colleagues quite well during my internship, and they have become like a second family to me. That did of course make it harder to say goodbyes at the end of my placement. But I didn’t want my dream of exploring the world to remain a pipedream – I wanted to make it come true. 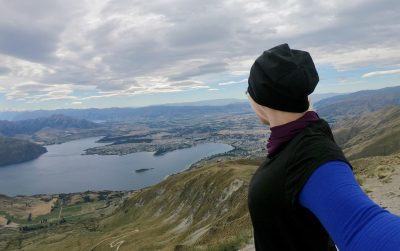 Where to travel? Which country would be best suited to a girl travelling solo? What are the must-see attractions? Which items should I not forget to pack? After weeks of research, I eventually had a rough route worked out for my trip to Australia. And because New Zealand is only a stone’s throw from its big neighbour (at least it looks like that from Europe), I decided to go for all of it and included it in my plans.

New Zealand from the northern to the south tip

It was finally time to set off on my journey. The first few days were a bit of a struggle due to jet lag. After all, the time difference is a whole 12 hours. With your body’s internal clock out of sync, you just have to get on with things and try your best to catch up with the local time. It took me a couple of days to finally gather enough energy to start discovering my new environment, even if the weather wasn’t always as good as I would have hoped for. But as the saying goes, “There’s no such thing as bad weather, only unsuitable clothing!” 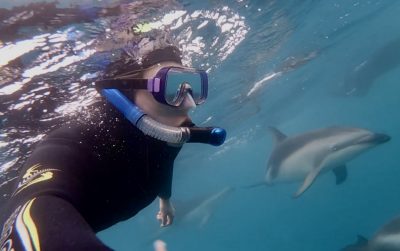 Starting in Auckland on the North Island, we made our way south by bus, flew from Wellington over to the South Island, and then made our way down to Queenstown and many other wonderful destinations. The countryside changed so much during the journey that it was hard to keep up.

New Zealand has everything that an explorer’s heart could desire, and much more: It was also amazing to take a boat trip around Milford Sound, to go kayaking in the Abel Tasman National Park, to ride a horse up to the highest point of a sheep farm, and to swim with dolphins in the open sea. The whole country is simply one giant adventure playground – if you get bored here, you only have yourself to blame!

Compared with New Zealand, Australia is like a different planet. The perfect sandy beaches that stretch for miles are among the most beautiful on the planet, and the Great Barrier Reef is known for its impressive biodiversity. In Australia’s oceans, the clownfish Nemo and his close relatives share the waters with reef sharks, lemon sharks and stingrays. But you had to watch out for the jellyfish, especially as it was the height of “stinger season”. To protect us, we donned stylish black wetsuits, which had the added bonus of making us all look like ninjas. Not too bad, mate! 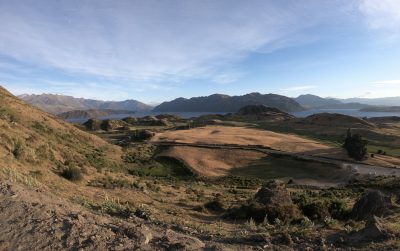 The stuff adventure stories are made of

Before my trip, I could never have imagined travelling solo. But none of my friends were able to come with me. So instead of missing out on what was potentially a once-in-a-lifetime opportunity, I decided to just go for it. Four months on my own in a foreign country – that’s a once-in-a-lifetime experience. Not only did I discover some incredibly beautiful “spots” and learned something new every day; travelling also means constantly stepping out of your comfort zone and rising to every fresh challenge.

But a backpacker’s life isn’t always a bed of roses, of course. It might be a dirty hostel, annoying room mates, or you might just have a bad hair day … sometimes you just yearn to be at home or in a luxury hotel, or at least to not be sharing your bed with creepy crawlies. But there’s only one thing that you can do: grit your teeth and stick it out! Because moments like these are the stuff the most amusing travel stories are made of. So step outside your comfort zone and experience what it’s like to really live. Going on a journey can be a life-changing experience. And at the very least, you’ll have some nice memories to take home with you. You just have to follow your dreams. If you believe in yourself and never give up, you’ll make them come true! 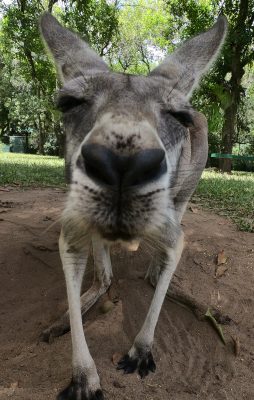 The icing on the cake

One of the best things about the whole trip was having a full-time job to come back to at Porsche Informatik. My colleagues and manager already made it clear during the internship that they would like to continue to have me on board. I was shortlisted for a vacant role that would be coming up soon. That fit in perfectly with my future plans, and it gave me a good feeling when I set off on my trip in October 2017. I was eventually offered the position while sunbathing on a beach in Australia. It’s not every day you get to sign your employment contract on a different continent! I’m looking forward to my new role and, most of all, working with my colleagues and being part of the Porsche family again. 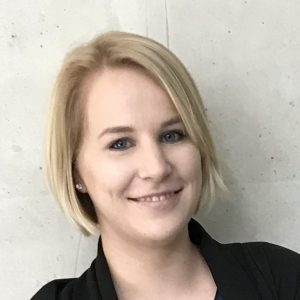 is sales assistent for the account and portfolio management department since April 2018.

« Allow us to introduce Gökhan, our expert in virtual and augmented reality
#studySMART #workSMART »
archive